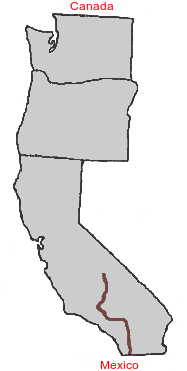 Woke up to my alarm going off, to which I went promptly back to sleep. Still made it to the cafe across the street just after they opened at 7am.

Had a breakfast burrito (gee, how typical) and coffee. Wrote some postcards and a letter, oh how 1990s. The waitress came by asking if I wanted anything else and I ordered a single biscuit and gravy. I guess my hunger is kicking in finally.

Went back to the room and packed up. Got to the post office just as it was opening, there were about ten hikers there already. Faucet and ? were ahead of me. They had their boxes shipped to the Chevron (where you pay $5.00 per box) so they could hit the town on a weekend and not have to worry about the post office not being open. Turns out the Chevron was a bit lax in getting the boxes and they had to wait until Monday. Even worse, they had to still wait for the Chevron to get them. I saw them an hour later though and they had their boxes.

I got my box unloaded. Found a few things in the hiker box I could use, mostly just snacks and a tube of unopened toothpaste. Burned up another 90 minutes trying to get photos onto this damn blog.

The Wordpress iphone app really sucks for trying to post photos. First you have to be online and can't queue it up. Second, you can only pick the photos and a microscopic thumbnail level rather than full sized. Third, you have to do them one by one.

To get around this whole hassle I set up a thing where I can just use the phone to email a photo to a gmail address. This works good since you can queue them up offline and such. This server then checks the gmail account every few minutes for any photos, if it finds them and shoves them into the correct blog entry date. This quit working yesterday though because google is having issues. It is also hard to get a fast wifi connection so uploading/sending the photos can be very slow.

Because of all this it was now 1pm. Went to Subway for lunch, there was probably about ten (different) hikers there. At the Subway I did something I have never done before, I bought 12 cookies. I sat at the only available space outside. The woman was talking with another hiker and she mentioned how her husband had to walk all the way back down to the car to get a gas canister. Ah ha! It was the guy I met two days ago. He had just left to go pick up more hikers, so I missed a ride up to the trail. The hikers he dropped off were Sailor Moon, Travis, and Joey. It was good to see them again. They were going to hitch up to Bishop.

Sailor Moon told me that she had and Joey had a pact that the next time they saw me they would remember to tell me that a joke I made was really funny. Apparently back at Kennedy Meadows I made some sort of joke that started with the phrase "Speaking of wooden dicks..." and involved the movie Roadhouse we had just watched. Joey said he didn't get it at the time but later thought about it and found it really funny.

Turns out the canister guy is named Jerry. Got to talk with him a bit. they had to get moving north so couldn't give me a ride up to the trail. He brought a second load of hikers down. It was Ice Queen (Anastacia's trail name). jerry said he had to get the car packed, it turns out they had completely unloaded their car and dumped everything in the parking lot so they could take hikers back up to the trail. The drive back to the trailhead is 15 miles and 6000 feet of elevation gain one way. What nice folks.

I watched Sailor Moon and Travis try and hitch for a while, then I said my goodbyes and started to walk the road back up to the trailhead. A couple cars stopped just to tell me they were not going to the end of the road. I walked about a mile and stopped. I wasn't going to walk the whole way (it would take a whole day and a huge climb), so I just hung out there by the side of the road. If I couldn't get a ride I would go back and stay in town again.

I waited a good half hour, then I figured if I dumped my pack down and pulled out the bluetooth keyboard to work on this blog, a car would come. Sure enough, about five minutes later a large truck came and stopped. There was another hiker in the back. I had a ride!

The hiker was named Delaware Dave. The couple driving was Dave and Terry. They were up here for their anniversary and were shuttling hikers just for something to do and to meet new people. We laughed about how it isn't a big deal to take hikers out to the trail, but to bring them to town, hoooo boy do they smell bad!

Although it was sunny and hot in town, by the time we reached the trailhead the wind was blowing hard and really coming down. Two hikers came running out of the toilets towards the truck asking if they could get a ride. We all did a really quick swap and I pulled my pack out of the back of the truck, then ran to the bathroom since that was the only shelter available.

The truck left and I started to unpack a bit in the bathroom. I was kind of irked I didn't have my heavy trash bags anymore (nor could fnd them in Independence). The best I could do was getting some from the motel, but they were pretty flimsy.

I started to repack with the bags I had and then went to take a picture of my pack in the bathroom.

I started into a minor panic and undid everything thinking maybe I shoved it in my pack during the chaos of getting out of the truck and rain. It wasn't there.

FORTUNATELY, Deleware Dave had his phone and was on Verizon. ATT didn't work up at the trailhead, so I knew that calling my phone would only work after Dave and Terry got back to town.

I called and called over the next few minutes. There wasn't much service and the call would keep dropping, plus Siri kept butting in so things got really annoying.

Outer World showed up with Wendy a bit later. Wendy had paid $50 to get driven up to the trail from Lone Pine, but turned around after 30 minutes because the weather was so terrible. They hung out in the bathroom with us.

After another 20 minutes I called and for once I didn't hear my damn voicemail message, it was a woman, it was Terry! She said they heard a vibrating in the back seat and wondered what it was. I asked her if they would just leave it at the motel there and I would hitch back down and get it. She told me no...they would drive all the way back up and give it to me. I told her they didn't need to do that but she insisted.

They showed up about 30 minutes later and she handed me my phone. She wouldn't take any money but did let me take a photo and get their mailing address. Turns out they had picked up another load of hikers that I was sitting with at the Subway. The girls got a ride back down with them so everything worked out for everyone.

Oh yeah, some time before Dave and Terry showed up with my phone the campground maintenance guy came driving by. He asked if we were thinking of moving into the bathroom and thought it wasn't a good idea, something about the lack of bedrooms and resale value. He was pretty funny. I asked him if I could buy a couple garbage bags off of him and he said no...he'd just give them to me. A minute later I had two heavy duty garbage bags. Now it can rain all it wants to and my stuff should stay dry.

Since I had to repack (again) everyone left without me. The climb back up to Kearsage Pass wasn't as bad as I thought. Maybe because the rain had stopped and it was cooler. Although it was a 2500+ elevation gain, it went by pretty quick. I was really surprised. Passed someone who had their tent set up partially on the trail, it looked like a quick emergency setup.

Ran into a few PCT hikers heading to town and I played tour guide which they were thankful for.

Listened to The Replacements on the way up the hill. I had completely forgotten about the song "Nowhere is My Home" (it was an obscure b-side/compilation track). "...out to sea in a ship of holes, even though...with a heave and a hoe I'm gonna raise my sail"

Got to the top of the pass a lot sooner than I thought. Had to put on my warmer clothes and gloves for the descent. I put on Galaxie 500 since that was the only appropriate music I could think of for a cloudy cold descent while night was coming about.

The scenic photo I took two days ago was nowhere to be found at all. Just a lot of fog. Got back to the PCT around 9:30pm in the dark. Walked a bit and went up off the trail and found a somewhat flat spot hidden up in the woods to make home for the night.

Realized that I'm only two miles from Glen Pass...I camped on top of it in 1996 so I'm eager to see if my memory of it holds up. I remember it being a lot of rocks with a lightning road and a little campspot. We will see. 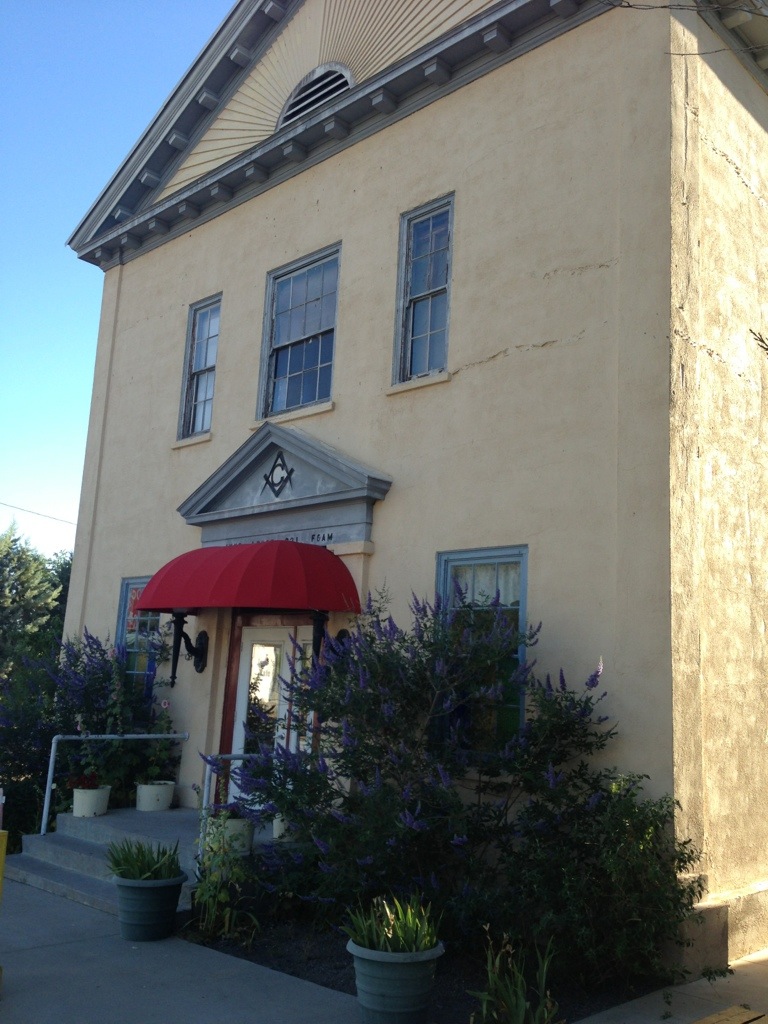 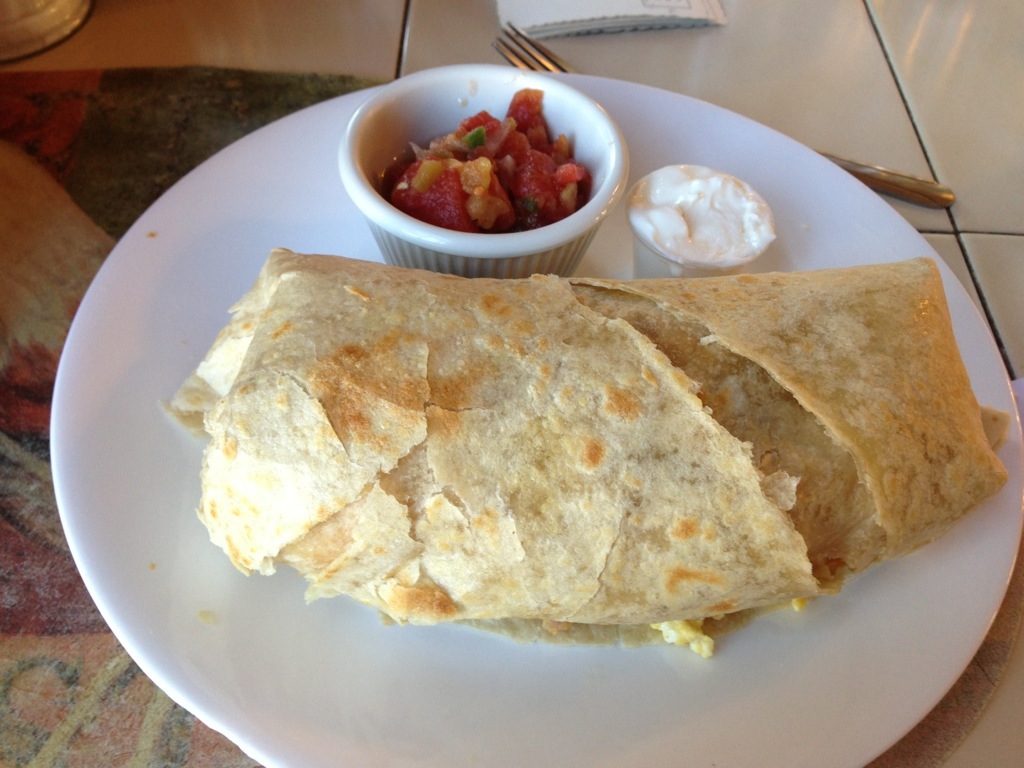 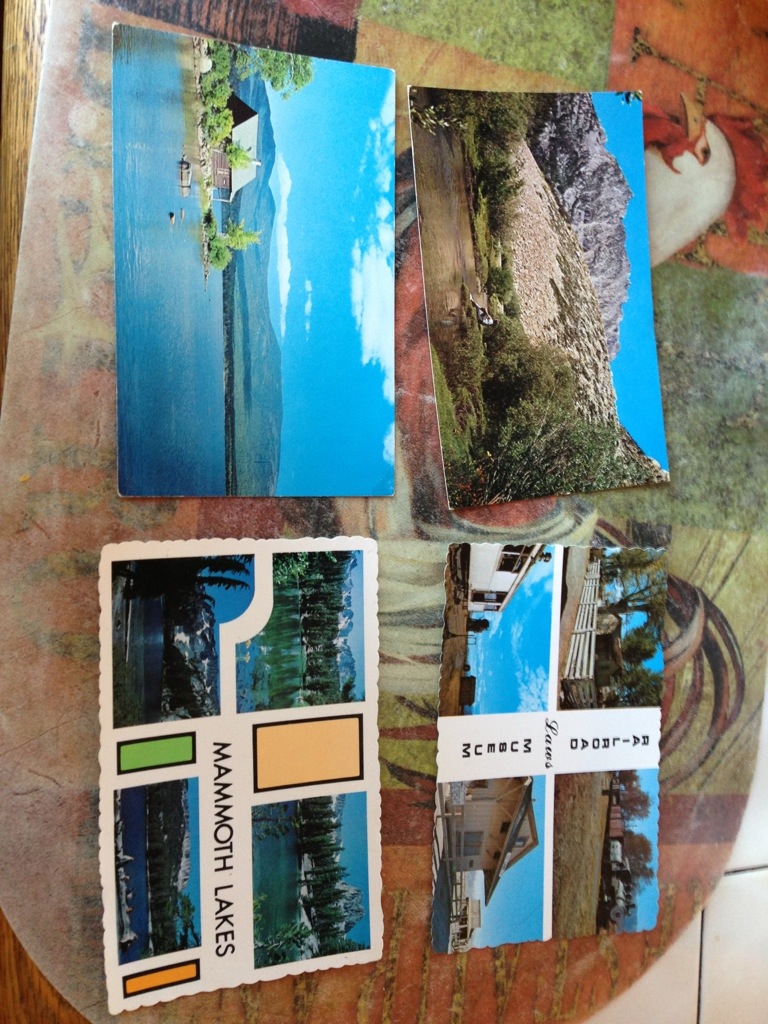 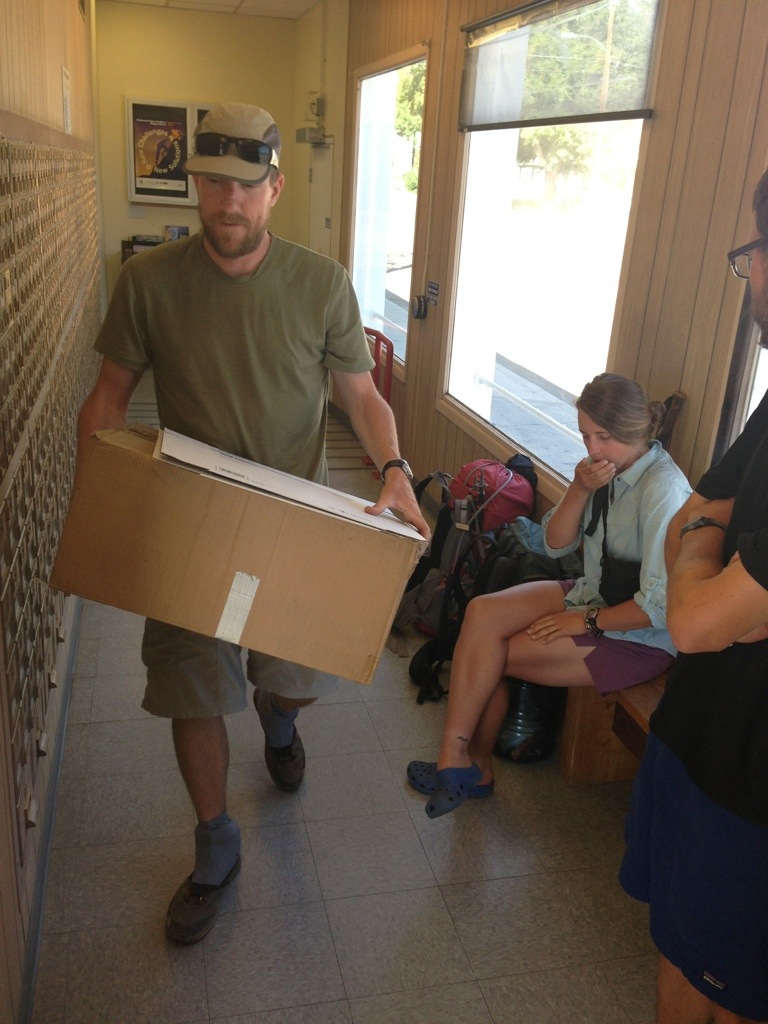 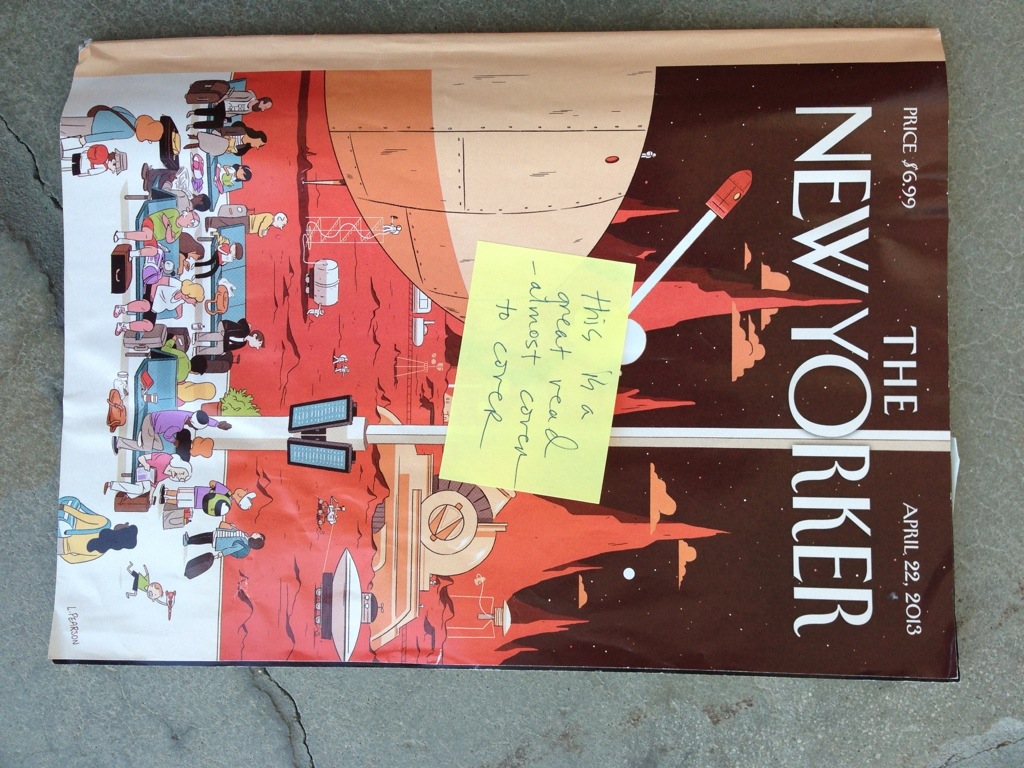 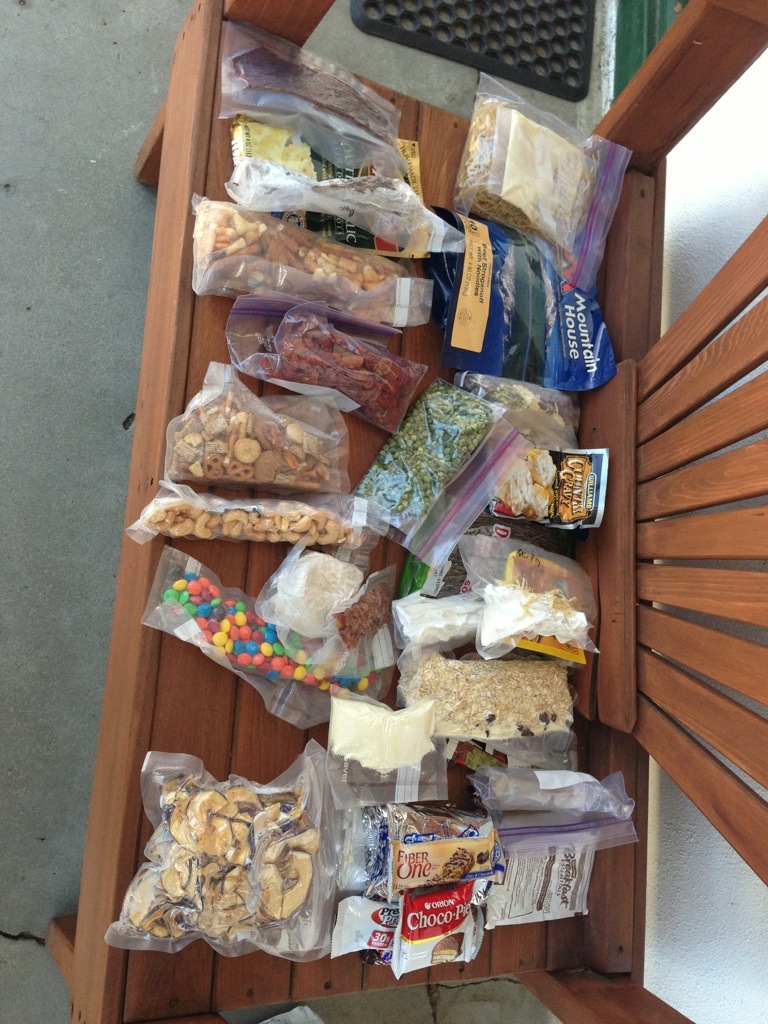 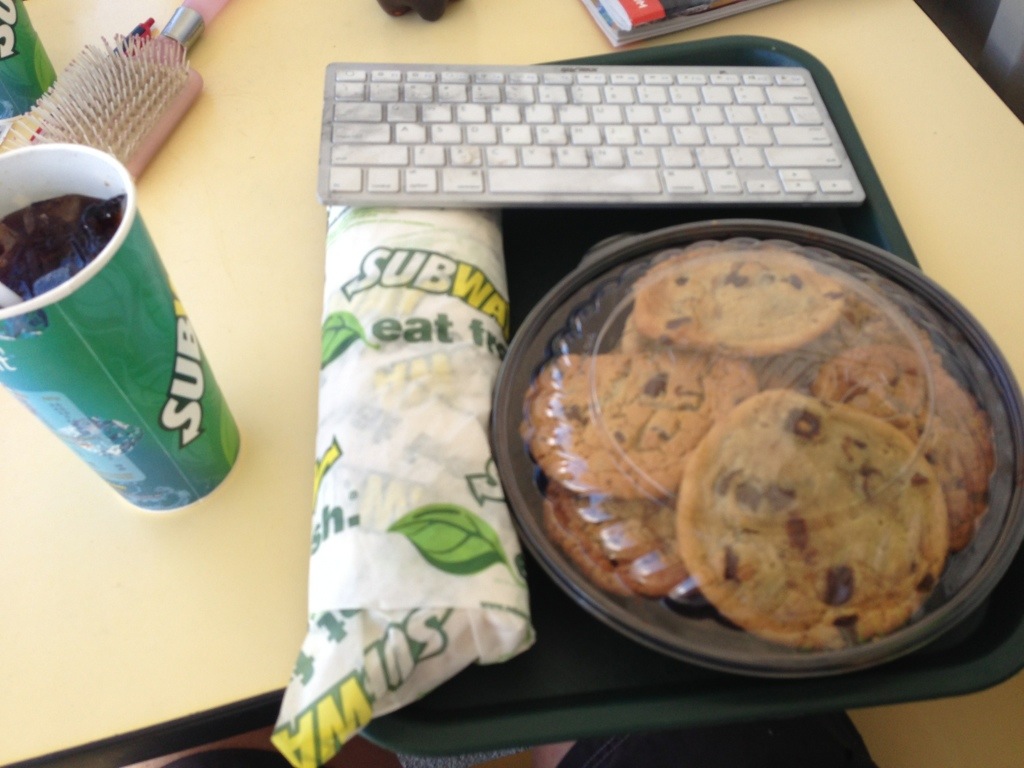 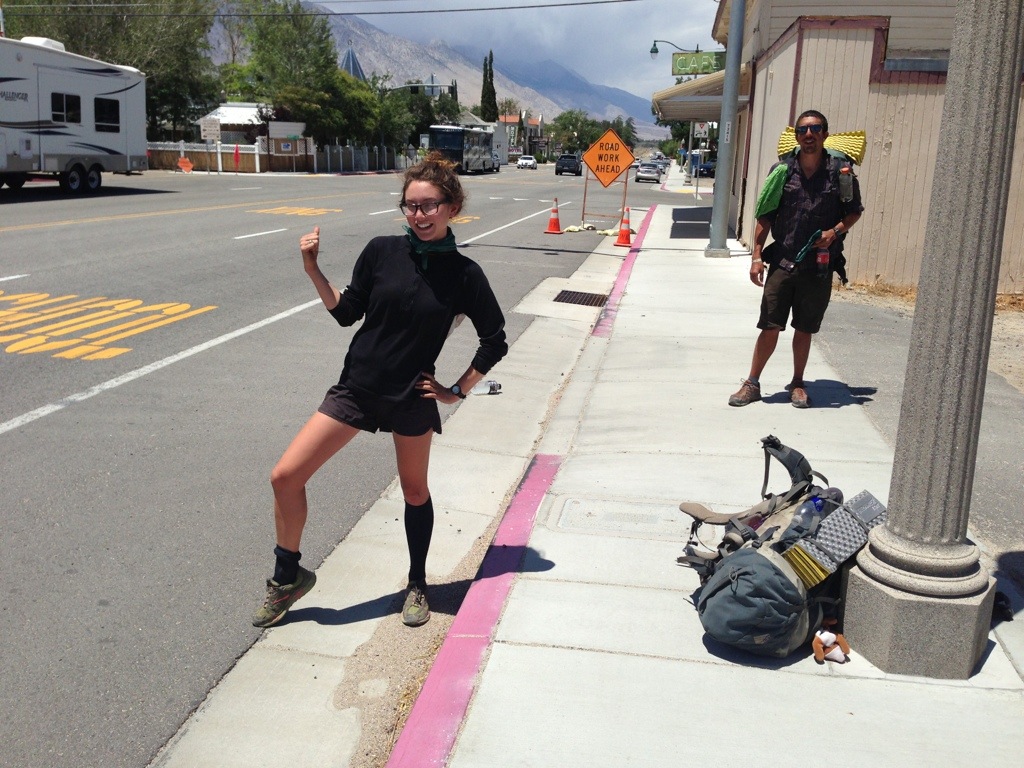