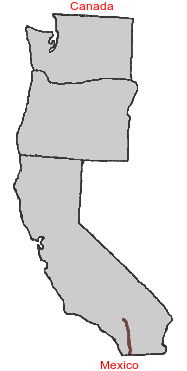 Woke up and there was frost all over my tent. Opening up the zipper I received a makeshift welcome of "snow" from the underside of the rain fly falling on me.

Since I had the tent setup it took a while to get things packed up. Turned on the news for the first time in three weeks. Oh bleck. Congressman Mark Sanford was snowballing the Christian Faith about the multiple hall passes/forgiveness he had received from God recently. The audience laughing and cheering along as he joked.

Classic, this guy cheats on his wife and lies about it, divorces her, and is now engaged to the woman he cheated on her with....and LGBT people are a threat to the sanctity of marriage?

I turned off the radio and stewed about that for a couple miles until I reached the Van Duesen road. The two guys who started the trail at the same time I did were there packing up getting ready to leave. I talked to them a bit and then made breakfast. I asked them what day of the week it was and we all had to think about it for a few moments and concluded it was Wednesday.

Listened to Kurtis Blow as I went down the trail. Had my pants on and was going to take them off, but then the trail turned a corner and it got cold again.

Ran into Lucky's brother Larry on the trail. Larry has been helping out his brother on this hike. Larry is also the guy who gave Marshall and I a ride to the Paradise Cafe a couple weeks ago.

The trail was pretty easy today. I messed around a lot and still got 20 miles in. Stopped around 3pm at the first crossing of Holcomb Creek. One hiker I didn't know passed me and kept going, I had to point to him where the trail resumed.

I put the headphones on and the right side was gone and the left didn't sound right. My extra headphones are in my bounce box...hence I am a one channel man until I-15 where I hopefully can get some headphones. No Beatles stereo albums for me until then.

I did turn the radio back on and got KCRW from Santa Monica. That was a nice treat. So weird to hear a radio station the old fashioned way...via radio.

Purple Haze came along soon after, he too was going in the wrong direction. He laughed when I yelled at him to stop. He said I should just sit there and tell people where the trail was.

Brooke from Michigan came along next. She had taken the day off yesterday. I asked her how it was and she said that she started to get a bit bored and wanted to be on the trail.

Another guy came along, a guy who went by the name of Legend. He started a couple days before I did, but the only reason I saw him is because he took a few days off in Palm Springs to visit friends. Funny how if you stop for a few days and resume hiking...you end up hiking with a whole different batch of hikers.

Lucky came by right as I was leaving. I ended up passing him about two miles down the trail when he had stopped to make dinner.

The trail ended up dropping down to Holcomb Creek. It was a really nice stretch of trail. A forest fire had burned much of the surrounding land for much of today's hike, so it was a bit refreshing to see green everywhere.

Ran into Purple Haze who had made camp near the river. I took a couple clock photos there, at one point the "2" fell into the creek and I didn't know it. Fortunately just the corner got wet and it wasn't ruined.

Went another few miles and called it a day. Tortellini and peas for dinner, followed by 1/2 package of oreos. I should reach I-15 on Saturday. For all the food I had, I sure am plowing my way through all of it. Night night.