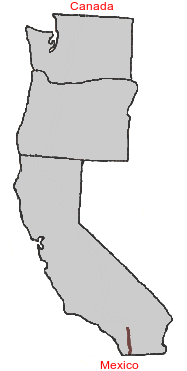 Spent the day off in Idyllwild today.

Went to the Red Kettle Cafe for breakfast and ran into Marshall and Chief who had just finished breakfast. They sat with me while I ate.

After breakfast I checked out the outdoor store and then went back to the hotel and got my computer. Spent most of the afternoon at the coffeeshop working on this travel website.

In the late afternoon I walked over to the record store that I had seen yesterday. There were all kinds of records there. I found the comedy section and there must have been about five feet of them. I texted my friend Jim in Portland to see if there was anything he was looking for.

"Andrew Dice Clay, The Day the Laughter Died". They didn't have it. But the funny part is that a couple hours later I was listening to the Best Show on WFMU and Tom had mentioned that record. I missed this part of the show since I went to get a pizza before they closed.

Talked to Cora for over an hour on the phone, I think that might be a record since we both are not phone people. I spent the rest of the night trying to get photos in order and my workflow down.